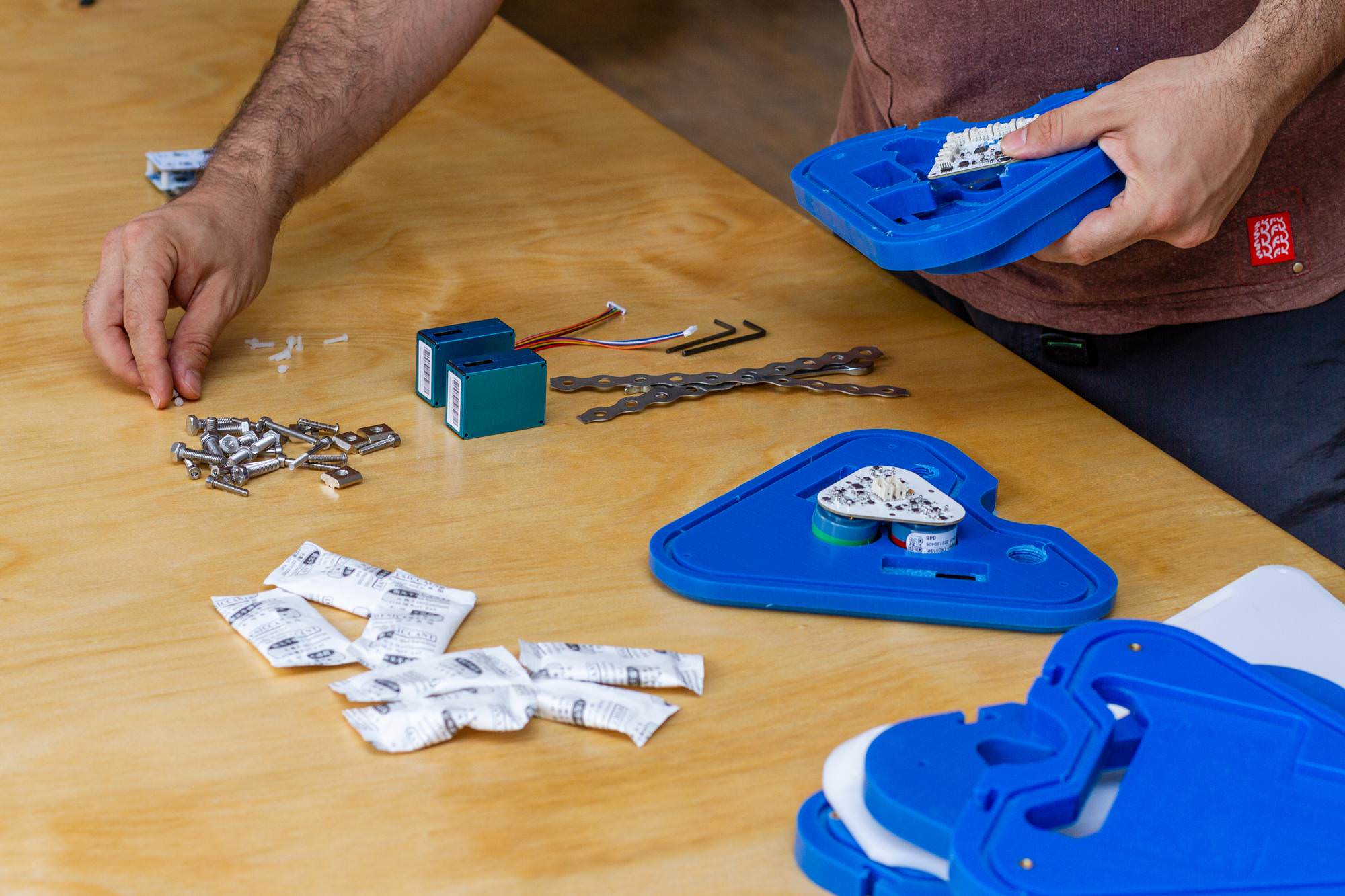 Before trying anything else, the data board of your SCK comes with a very functional button that makes a hardware reset on the whole device. This is probably our best first try once the kit has any problem. You can see it here: 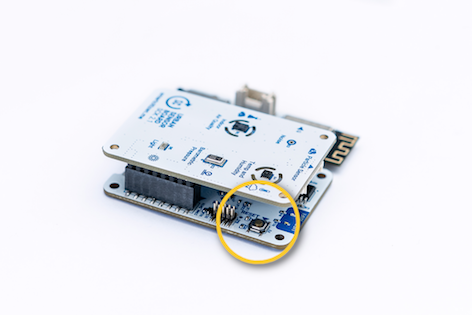 Pressing the reset button will not delete any configuration, it will simply restart your device. The light will go off and on and the device will start again with a white LED.

This button is also to be used when reflashing the firmware, by double clicking it. Have a look at the guide here.

You can also perform a reboot by disconnecting the battery and the USB cable so that the kit is restarted. In this way we will not lose any data or configuration. However, if we are in SD card mode, the kit won't know what time it is and we will need to give to him. For doing so:

Before configuring the Kit, if the SmartCitizen[...] network doesn't show up, make sure the LED is red. If not, press the button until the LED turns red. 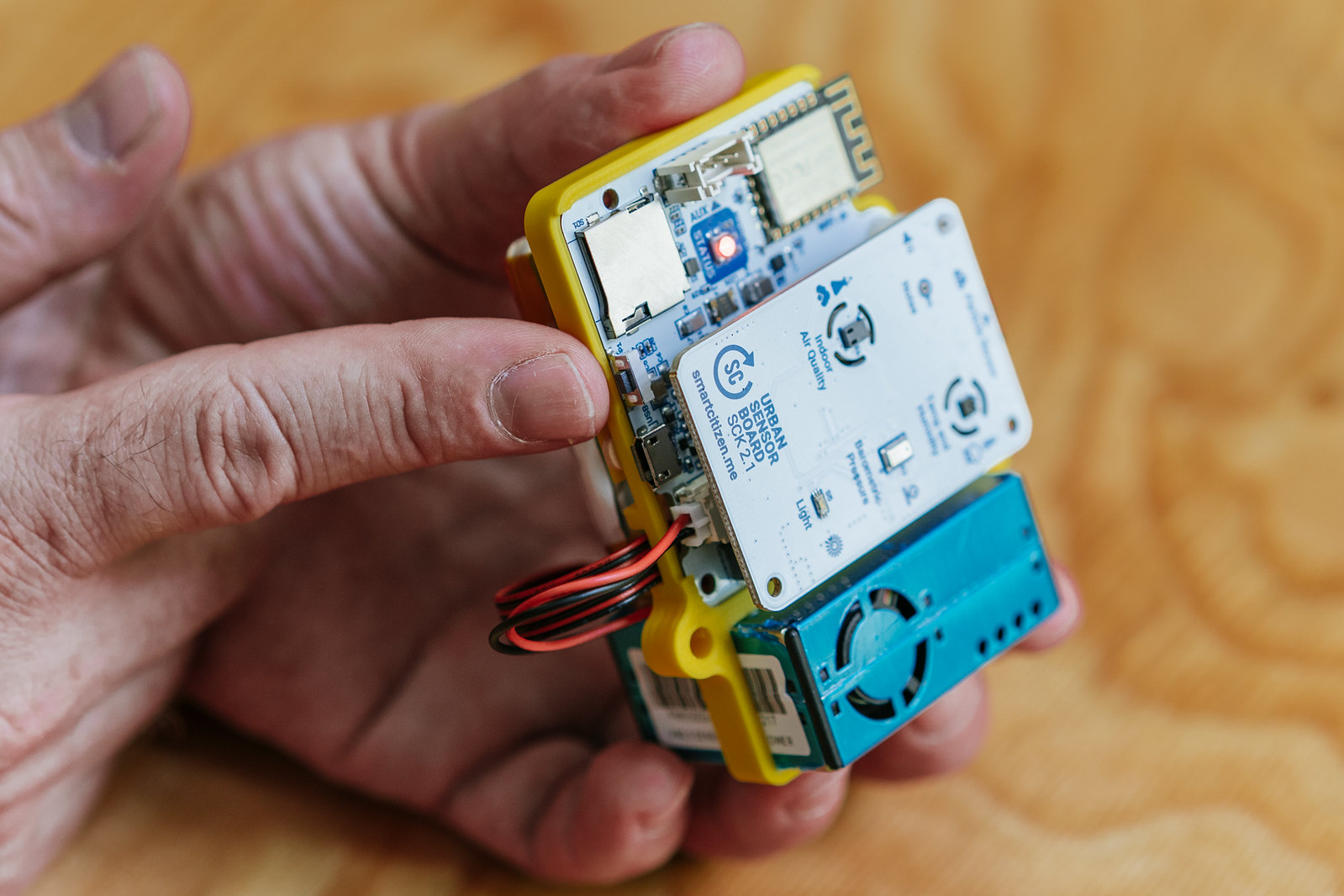 You can fully reset the Kit to the default settings so you can register again your device. Press the main button for 15 seconds.

After 5 seconds the light will go off and will go on again after 15 seconds. Then you can release the button and your device will be fully resetted as a brand new Kit.

First of all, push the kit button. Maybe it's simply off.

If this does not work, most likely the kit has been left without battery. You will have to charge it using the USB charger. Any other mobile charger will also work.

We will know that it is charging when the LED emits orange pulses and once the battery is charged it will emit green .

If the kit does not respond at all, it is probably worth trying with another USB cable, in case there is some problem there. If not, drop us an email or post on the

The kit does not store the data on the SD card¶

Some SD cards may have problems over time. We can try formatting it, but in case it does not work any micro SD card we buy at any mobile or computer store it will work. The size is not important and any micro SD or micro SDHC 512MB card up to 32GB will work.

The kit does not boot with the PMS Sensor¶

Make sure that you power the Smart Citizen Kit with a good enough USB cable and with an adaptor that can provide at least 1A. We have found some issues when powering the sensor with a thin cable, or from a weak power source, like a screen.

In this section, we will detail some problems you might have found in the early firmware versions of SCK 2.1.

Light sensor reads 0 and temperature/humidity sensor does not work¶

The issue is caused due to a firmware bug (light) and a problem with some SHT31 sensors (also fixed by firmware). A full explanation is detailed in the forum and the fix was released with V0.9.4 of the SAMD firmware.

This issue is caused due to a firmware bug that initialized badly the I2S microphone in SCK2.0 and SCK2.1 sensors. A full explanation is detailed in the forum and and the fix was released with a pre-releasue V0.9.8 of the SAMD firmware.

This issue has been detected after a batch from Plantower PMS5003 sensors during 2021 that yields 0ug/m3. A full explanation is detailed this AN and in the forum and the fix release is V0.9.9. The sensor operation is correct, and there is no need for hardware replacement.